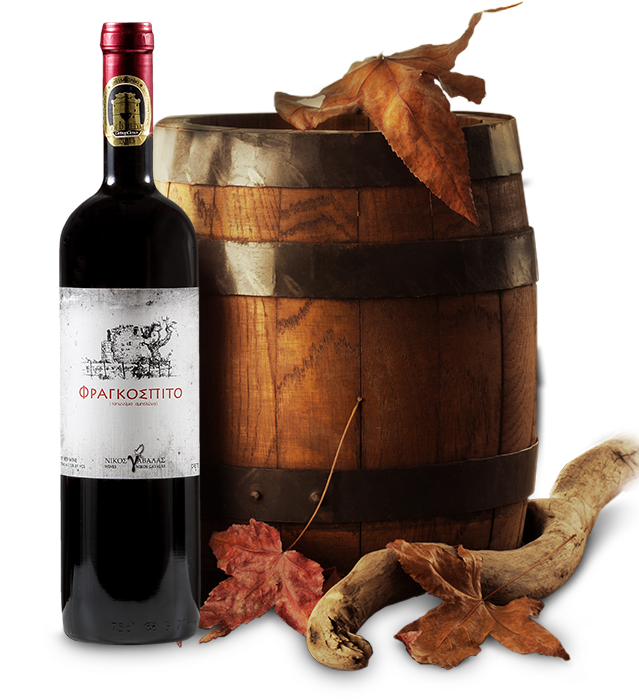 My grand grandfather Emmanuel Gavalas, son of Nikos, planted the first vineyards in 1906. At that time he would use the Minoan dressed stone treading tank that used to be at the village of Agios Thomas, where he came from, to tread the grapes. The must was fermented into big storage jars. He transported the wine into leather flasks and he sold it to taverns and stores. Some years later he settled down at Vorias, a village 15km away from Agios Thomas where he planted new vineyards. He used to take the grapes to well known wineries. My grandfather Nikolaos Gavalas and my father Emmanuel continued the planting and the cultivation of the vineyards.

In 2001 the vineyards became part of the organic cultivation system, as we believe that the organic products protect the environment from the pesticides’ contamination as well as the consumers and us, the cultivators and our children. In 2004 we set up a most modern winery into the vineyards. Every stage of the vinification from the production to the bottling is done in our verticalized, modern unit. The love for our job was inherited to us by our ancestors and we are going to inherit it to our children so as not to be lost!

The varieties of our red wines are from Kotsifali, Syrah and Cabernet sauvignon. Rich in aromas and flavors. They are organic products.

The varieties of our white wines are from Moschato Spina and Sauvignon blanc . Rich in aromas and flavors. They are organic products.

The varieties of our rose wines are from Kotsifali, Syrah and Cabernet sauvignon. Rich in aromas and flavors. They are organic products.

Want to know about our wine varieties?

Our winery will be closed until Monday the 16th of September.